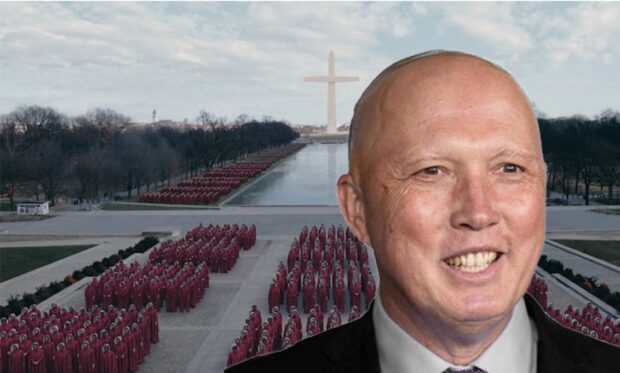 Dutton met with some of Gilead’s top officials and said he took inspiration from their work. “They’re doing a lot of interesting stuff over there – with education, with religion, in the way they’re pushing women’s issues into some exciting new areas.

“Denigrating woman has been a strength of the Liberal Party’s for some time of course, but you can’t become complacent. I’m looking forward to sharing what I’ve learnt with the broader team”.

He said the Liberal Party could learn a lot from Gilead. “It’s obvious to me that we lost the last election because we became too woke. What Gilead taught me is that we need to get back to focusing on fundamental issues that are important to Australians, like protecting women’s sport from trans people and overhauling our Marxist education system”.