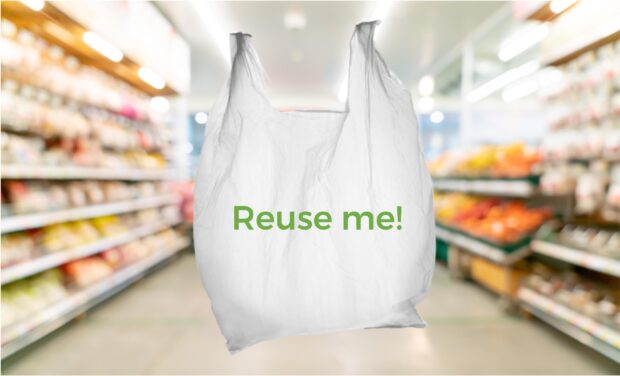 A thin, mass-produced shopping bag that was previously considered a threat to the environment has been miraculously transformed into a champion for sustainability, after the words ‘Reuse me’ were printed in bold type on the front.

Shoppers who had previously been tentative about being seen with a plastic bag that takes a thousand years to break down said they were relieved there was finally an alternative.

“It’s a totally different bag,” happy shopper Margaret Torini said. “The bags the supermarket used to give me had to be thrown away. But this one will sit in my cupboard for a month and then be thrown away. It’s such a great initiative”.

Supermarket spokesperson Leo Baderson conceded the bag was still made out of non-recyclable materials, but pointed out that it’s now got a quirky slogan on it. “You can’t put a price on that. Actually you can, we charge 15 cents a bag”.