CLOSE
The Nation
Energy Crisis: Coalition outlines proposal to mine the sun 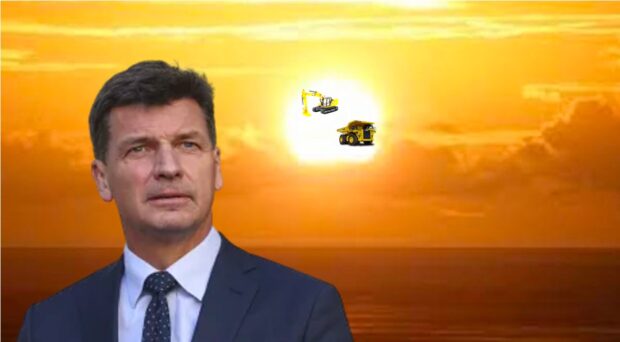 Refuting critics who say the Coalition is ideologically opposed to solar energy, Shadow Treasurer and former Energy Minister Angus Taylor has announced a new energy policy that would take advantage of the sun’s rich resources by opening it up to his friend’s mining companies.

In a media conference today, Taylor said the solution to the current crisis had literally been staring us in the face. “Solar has to be a central component of any energy solution. If we mine the sun properly, we could have energy for the next 50-60 years at least”.

He said to date people had misunderstood the sun’s potential. “The problem with the Green’s policy, and even Labor’s policy, is they obsess over the renewable nature of the product. But once you consider it a finite resource, all of a sudden it becomes very attractive as a profit-making venture, and that’s something we can get behind as a party”.

Under the proposed plan, licences would be provided to mining companies with strong experience in large-scale projects and even stronger connections to the Liberal Party.

Taylor dismissed concerns the mining activity could creating lasting damage to the sun. “Not at all. We’ll have very strict guidelines in place to ensure that the light and warmth from the sun is only minimally impacted – most of the time you won’t even notice the hole. Plus, as with all mining projects, we’ll ensure the companies involved have a slickly-produced advertising campaign featuring young women from diverse backgrounds in hard hats”.

The project is projected to create eleven new jobs.