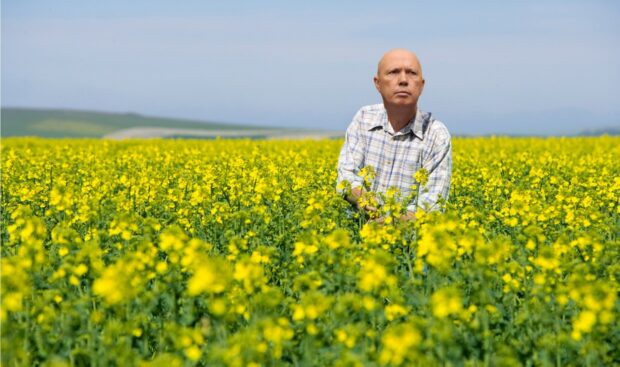 Panting as he ran into the party room, Peter ‘Cuddly Pete’ Dutton apologised to his colleagues for arriving five minutes late to the party’s leadership vote this morning, saying he had lost track of time while whimsically strolling through a field of beautifully scented wild flowers, as is his habit on Monday mornings.

“I AM A VERY SENSITIVE AND AESTHETICALLY-AWARE PERSON!” he shouted, as he handed around freshly picked daisies to those assembled. “SMELL THE SWEET AROMA PLEASE!”

Those close to the new Liberal leader say the flowers were totally in keeping with Dutton’s character. “That’s just Cuddly Pete. Always getting caught up patting puppies or picking flowers or feeding baby lambs out of a bottle,” one MP said.

“Voters tend to only get to see the side of Pete that locks up children, enflames racial tensions, sues refugee activists, calls female journalists ‘witches’, jokes about people suffering from climate change or walks out on historical speeches to Indigenous Australians. But deep down he’s just a big softy”.