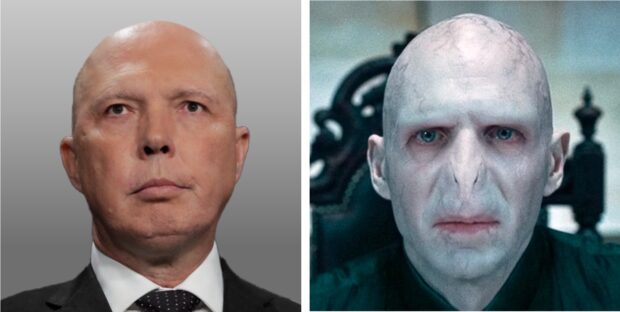 Lawyers for the Dark Lord, Lord Voldemort have demanded an ‘immediate and full’ apology from Tanya Plibersek after the Labor MP compared their client to former Defence Minister Peter Dutton.

Plibersek made the comments during a radio interview yesterday, noting the similarities between the terrifying villain and the Harry Potter character. Voldemort’s lawyers say the comparison was hurtful and unnecessarily cruel.

“How would you feel if you were compared to a man who has locked away small children, jokes about a country being devastated by climate change and who boycotted the apology to the Stolen Generation? Our client is not just going to sit back and take this”.

The ruthless practitioner of the dark arts was unavailable for comment. So was Lord Voldemort.