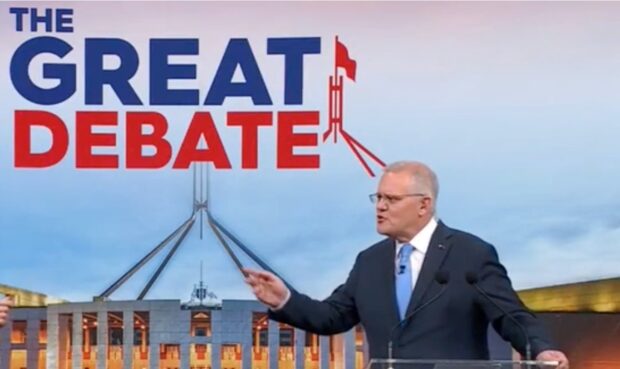 The Coalition will restrict any future inflation by shouting at prices until they no longer have the will to live anymore.

The policy – announced by Mr Morrison at the second leader’s debate during the middle of an answer by Anthony Albanese – will involve the Prime Minister simply shouting “NO!” and “I REJECT THAT!” every time a price thinks about rising.

“It’s very simple,” Mr Morrison said while the Labor leader was outlining a policy about cost of living pressures. “When we see that prices might be going up we’ll interject and simply won’t allow the price to do anything at all”.

A panelist began to ask a question about the detail of the policy but was unable to finish.

On the economy, Morrison promised his Government would deliver three years of constantly interrupted growth.

Get The Shovel’s Armchair Election Guide