CLOSE
Election 2022
Albanese stumbles on the atomic mass of calcium 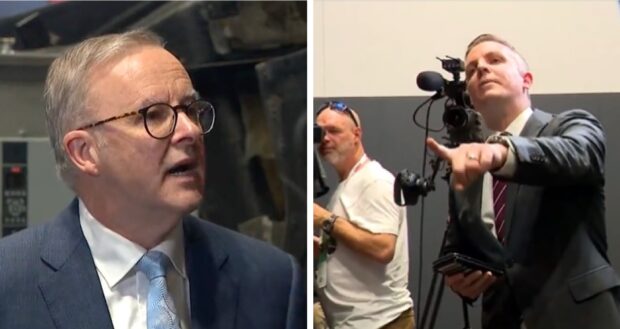 Opposition leader Anthony Albanese has been caught out again, this time being unable to list the atomic mass of the important element calcium, leaving some questioning whether he has what it takes to be Prime Minister.

Journalists were quick to jump on the gaffe, with one asking, “How can you expect voters to trust you to run the country if you have no idea about this important element? Can you even list the calcium isotopes?”

One news report said it would be difficult for voters to trust Labor’s health policy if the party’s leader didn’t have a handle on the basic building blocks of healthy foods. “Calcium acts as an electrolyte and is vital to the health of the muscular, circulatory, and digestive systems,” the newsreader said, reading from an autocue that had been written using Wikipedia.

Albanese later fronted the media again to apologise for the gaffe, saying he had now memorised the entire periodic table, and it was time to draw a line under the saga. A journalist agreed it was time to move on, asking him to name the capital of Burkina Faso.