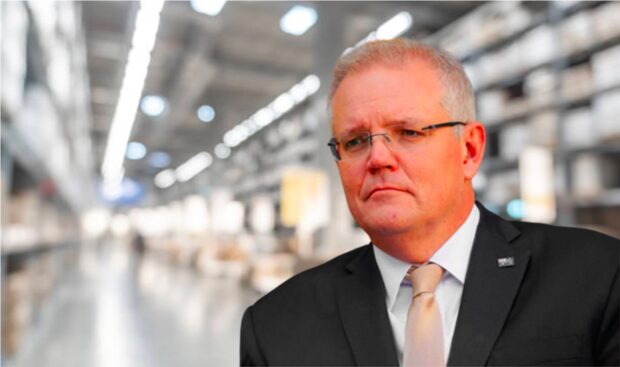 Discreetly pointing to an envelope in his top pocket, Scott Morrison told a group of journalists today that he’d make it ‘worth their while’ if they stopped asking questions about whether or not he would set up a federal anti corruption commission.

“You see that there,” Mr Morrison muttered, careful to keep his lips closed to avoid being detected by cameras. “That envelope there is stuffed to the brim with $100 notes. You keep your mouth shut on why it’s taking so long for us to set up a Federal ICAC and there will be another one of those bad boys coming your way.

“Obviously the reason we don’t need a federal anti-corruption commission is because we aren’t corrupt,” he said, ‘accidentally’ dropping the envelope on the floor as he left the press conference.

Treasurer Josh Frydenberg also spoke to journalists, saying the first envelope was just the start. Opening a folder to reveal another larger envelope, Mr Frydenberg said, “There’s $60 billion in cash in here. All yours if you don’t squeal”.