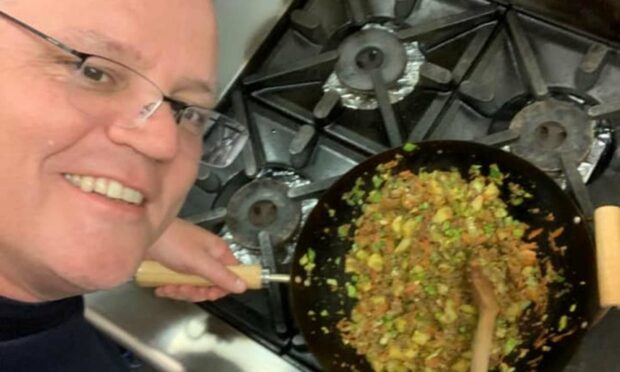 Australian Prime Minister Scott Morrison has pledged to send a million additional Indian and Sri Lankan curry recipes to tsunami-hit Tonga, in an initiative he says will help lift the spirits of those affected. The recipes are on top of those already announced last week.

In a press conference this morning, Mr Morrison said that what Tongans need right now is food. “And I’m sure New Zealand will take care of that. But there’s not much point having food if you haven’t got a cracking recipe to use it on. After all, it’s curry night!”

Morrison said he had spoken with his Tongan counterpart Siaosi Sovaleni. “I’ve wished him and his country all the best and passed on my heartfelt belief that a good curry should simmer for at least 2-3 hours”. He also suggested flying in barramundi from Humpty Doo in the Northern Territory.