CLOSE
World
‘Question Everything’ Says Man Who Believes Absolutely Anything 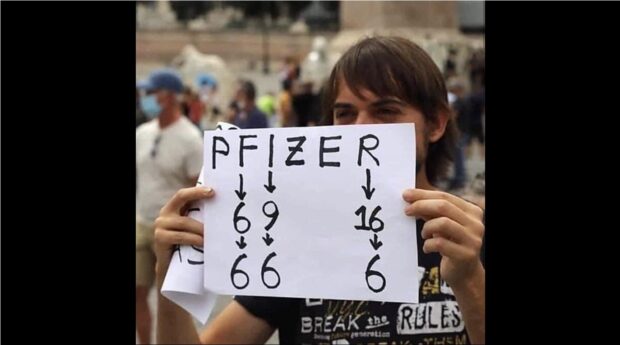 A man who believes the coronavirus is a hoax that is transmitted via 5G phone towers controlled by Bill Gates through a secret paedophile network funded by Hillary Clinton, says you sheeple will believe anything that is fed to you.

“Wake Up! You’re being fed lies!” said the man who refuses to get vaccinated because he watched a YouTube video once that said vaccinations contain secret microchips that are used by Hollywood actors to control the world for Satan, evidenced by the fact that the word ‘Pfizer’ is actually code for 666 when you change the letters into numbers and turn a few of them upside down.

Urging his friends on Facebook to ‘question everything’, the man shared a link he had just been sent but not fully read yet that provided unequivocal proof that 9/11 was faked by a secret government agency funded by George Soros.

“Don’t just blindly accept what people tell you,” the man said, adding that he had been waiting all day by his computer for Q’s next update on 8chan about how to free the enslaved minds of the world. “Think for yourself”.