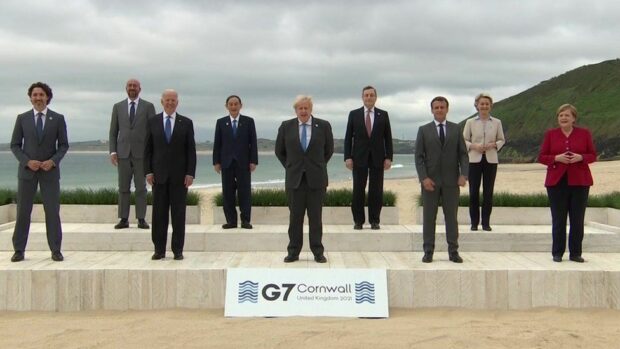 Barely a month after the conclusion of the 2021 G7 meeting in Cornwall, the leaders of the world’s largest economies have urgently reconvened to acknowledge the Australian Prime Minister’s achievement of not doing a shit in his underpants at a fast food restaurant.

German Chancellor Angela Merkel said this was an oversight and that the accomplishment – which made worldwide news last week – needed to be officially commemorated.

“It’s not every day that a nation’s leader confirms the exciting news that he knows how to use a toilet. Let us not allow this important moment to pass us by,” Merkel said, noting that her friend’s grandson had also achieved a similar milestone this week.

French President Emmanuel Macron echoed Merkel’s remarks. “Who else amongst us can say that we have been on commercial radio this week to discuss a trouser-soiling incident? We should not underestimate the significance of this achievement,” he said, adding that it was remarkable that Mr Morrison had managed to do this while simultaneously overseeing Australia’s pandemic response.

The world leaders will present the Australian Prime Minister with a special plaque and a soft toy.