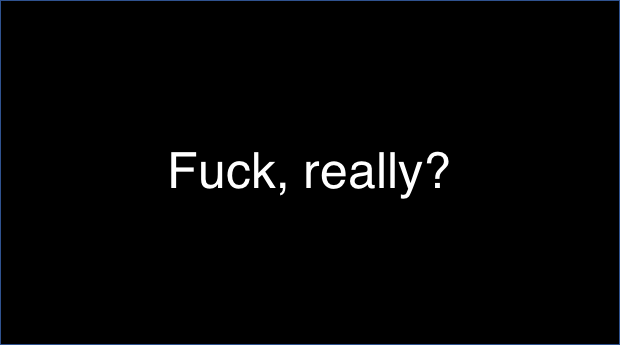 ‘Fuck, really?’ has been named the Oxford Dictionary Word of the Year for 2020. It beat out other contenders, ‘Lockdown’, ‘Unprecedented’ and ‘Donald Trump just lost Georgia again’.

Spokesperson for the Oxford University Press, Jeremy Taylor, said the word (or more correctly, phrase) was the most used expression for 2020.

“We have chosen ‘fuck, really?’ because it captures the shared experience of billions of people who have woken up each day, checked the news feed on their phone, and wondered what peculiar clusterfuck would be coming next”.

Taylor said the great thing about the phrase is that its tone can be adjusted to reflect many different emotions and moods.

“There are many, many different ways this phrase has been used:

Startled: “A swarm of Murder Hornets is coming! ” – “Fuck, really?”

Exasperated: “We’re not allowed to leave our homes for 3 months” – “Fuck, really?”