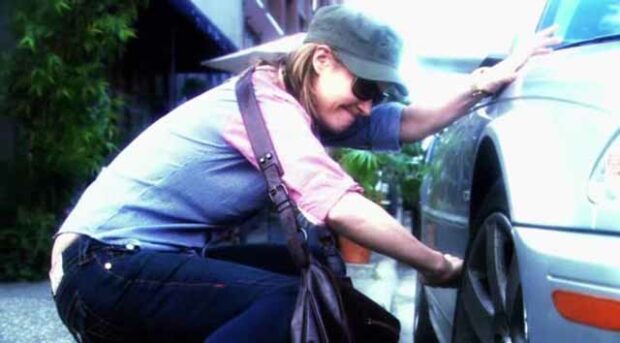 Trump supporters across America have taken knives to their own vehicles, after the President urged them to boycott tyre brand Goodyear.

It follows Goodyear’s decision to ban its staff from wearing political clothing, including MAGA hats.

“I’m gonna drive down to get me a new set of Michelins,” Johnny Walter from Idaho said, before realising he couldn’t drive anywhere because his truck’s tyres were slashed. “Well who the hell did that now?” he said, before putting on a Make America Great Again hat and slashing the tyres of his wife’s car.

Sally Annesley from North Carolina said she was sick of ‘unAmerican’ companies like Goodyear meddling in politics and would replace the tyres on her Toyota with a more patriotic brand like Yokohama.