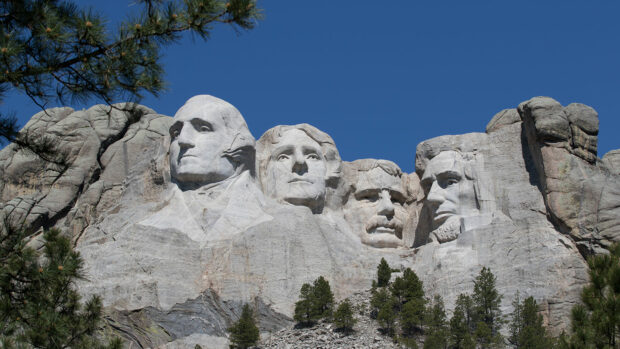 Just days after Donald Trump enquired about having his face added to Mount Rushmore, the organisation that oversees the famous monument has confirmed it will add the bust of Barack Obama, saying it would be worth the cost and effort just to see Trump lose his delicate little mind.

“Usually we’d wait until a former president has died before considering them for the monument. But the opportunity to see Trump all wound up was just too good to miss. It’s like taunting a toddler – so much fun!” Tracey Davis, a spokesperson for Mount Rushmore said.

Davis said the decision to also add a bust of Hillary Clinton was more controversial – given Clinton was never president – but argued you sometimes had to break with tradition if there was sufficient entertainment value. “This is what our country needs right now”.

In a statement, Donald Trump said he wasn’t worried at all about the addition of Barak Obama to Mount Rushmore and has ordered the site to be bombed.