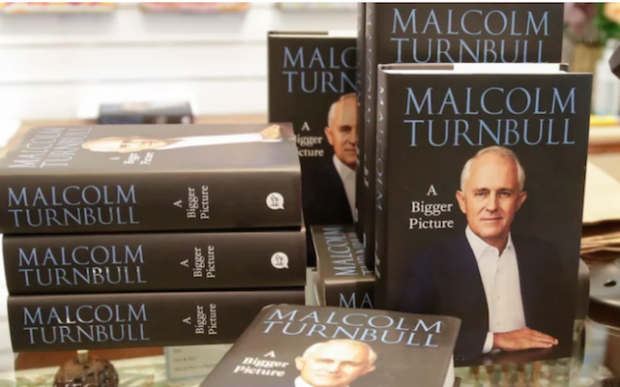 Former Prime Minister Malcolm Turnbull has made a one-off donation to his book sales figures, buying 45,000 copies – or $1.75 million worth – of his autobiography A Bigger Picture.

Mr Turnbull said he was pleasantly surprised to see that the book had debuted at number one on the bestseller lists. “Oh really?  Number one eh? For that little side project. What a lovely surprise. I never would’ve thought it would be so popular, but there you go. I guess Australians do want to hear the true story about how I was brutally cut down at the pinnacle of my Prime Ministership by scheming forces,” he said.

Mr Turnbull said the $1.75 million investment was his and Lucy’s way of giving back. “I’ve done pretty well in life, so it’s part of my duty to give back. And if that means buying the entire stock of a book that’s been released in the middle of a global pandemic, then so be it”.

The investment will yield him $1 million in royalties.

The former PM said the 45,000 books will be housed in a separate wing of his house. He intends to read each copy over the coming months.