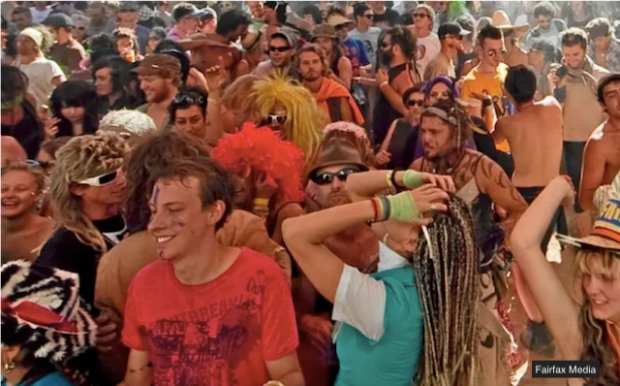 A group of Melbourne friends who were seen leaving for the Rainbow Serpent Festival on Friday were not under the influence of any drugs, family say, leading to fears they may have to listen psychedelic trance totally straight.

Family say they don’t know why the friends – believed to be in their early twenties – would take such risks, as experts warned that the festival is not designed for those who aren’t fucked out of their brains.

“Listening to psytrance without taking acid or MDMA is not something we would recommend. We are very concerned for their safety,” one expert said.

“According to the festival’s website, one of the headline acts ‘carry off their listeners in spheres between bygone experiences and oncoming promises where myths and reality, rhythm and movement merge into a cosmic unity’. I wouldn’t be fucking around with that sober”.

Organisers of the festival say they are doing as much as possible to meet the challenges of people turning up without drugs. “We do have a special support tent where people can come to get away from the music for a while. We’re working overtime”.