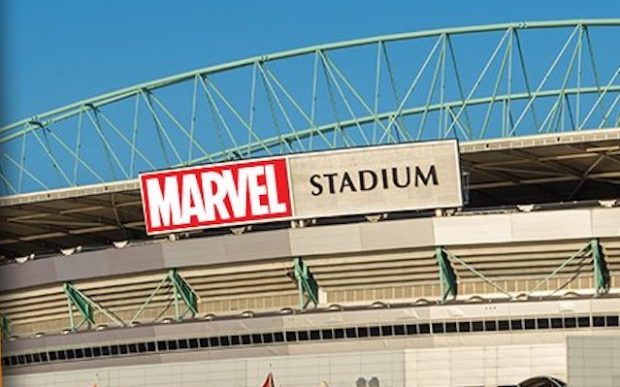 Melbourne’s Etihad Stadium will be renamed ‘Marvel Stadium’ in acknowledgement of a local ‘superhuman’ who found a way to keep his family’s food bill to just three figures.

Terry Bridgeman – who took his family to the St Kilda v Collingwood game at the stadium on Saturday night – has been praised for his quick thinking and mental strength at the food outlet, that led him to save thousands of dollars.

“Initially I was going to buy four pies, four chips and four drinks. But that would’ve cost $12,000,” Bridgeman explained.

“So at the last minute, while it was almost my turn at the checkout, I dodged and weaved through the line, put the chips back, and then quickly regained my place in the queue”.

But it was what happened next that truly saved the day – and an extra $500. “I put the four little sauce sachets back,” Bridgeman said. Onlookers gasped in awe as the final bill was calculated at just $980.