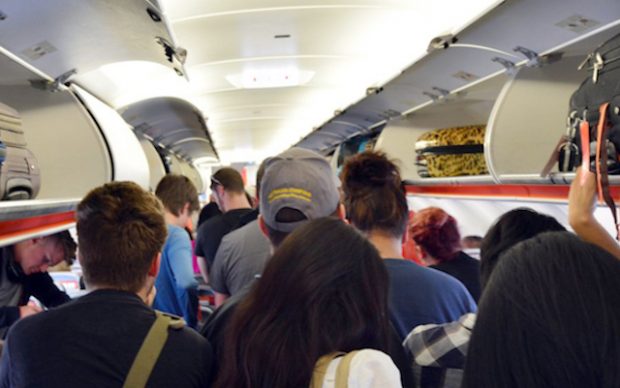 A Sydney businessman has arrived at his destination almost two full seconds before his fellow passengers, after bolting up into the aisle the moment the fasten seatbelt sign went off.

John Doverton, 48, stood smugly in the aisle for six minutes, gaining a clear advantage over his dumb fellow passengers who, incredibly, remained seated for the entire time.

Twisting his neck slightly to avoid his head hitting the luggage compartment, and with one leg pressed up against an arm rest, Mr Doverton said he couldn’t believe so many people didn’t realise the time that could be saved by standing up in the aisle early. “As soon as that front door opens and the thirty people in front retrieve their luggage and then slowly shuffle out of the plane, I’m out of here!” he said.