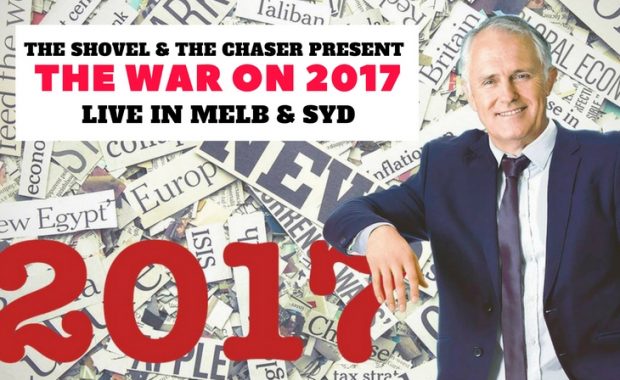 Following the sold-out success of their first show, The Shovel & The Chaser have announced two new dates for The War on 2017 Show.

We’ll guide you through the lows and the other lows of the most ridiculous year since 2016 with the stories behind the headlines. Featuring analysis, clips, yarns and a very special interview with Lyle Shelton. Plus ‘Malcolm Turnbull’s Leadership Masterclass In Managing A Dual Citizenship Crisis’, at no extra cost.

The first show sold out so get your tickets quick!