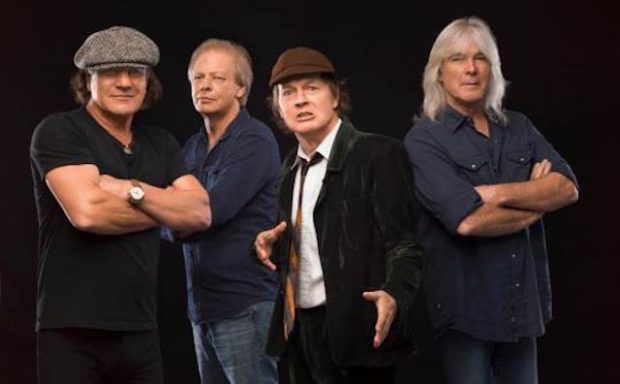 Aussie rockers AC/DC were at a loss when asked to name their favourite Turnbull Government policy, during an embarrassing interview on Triple M this morning.

Asked by hosts Marto, Ed and Robin to name their favourite all time Turnbull policy, there was a long silence, broken by singer Brian Johnson saying, ‘Aaaaah … well … good question’. Another pause followed, then the band’s guitarist, Angus Young, asked the broadcasters, “Well, what’s your favourite?”

One of the hosts replied, “Well, obviously not same sex marriage because the government should have passed that without wasting $122 million on a non-binding public opinion poll”.

Young then said, “I liked the apology to native Australians”, but breakfast host Marto pointed out that this happened under former PM Kevin Rudd, not Turnbull.

After the interview aired people took to social media to again voice their sympathy over the recent death of founding band member Malcolm Young. Malcolm Turnbull also tweeted, saying “Greedy Smith has always been a favourite in the Turnbull house. He will be missed”.

The tweet was later removed when the Prime Minister was informed that Greedy Smith was a singer in the band, Mental as Anything, and is still alive.