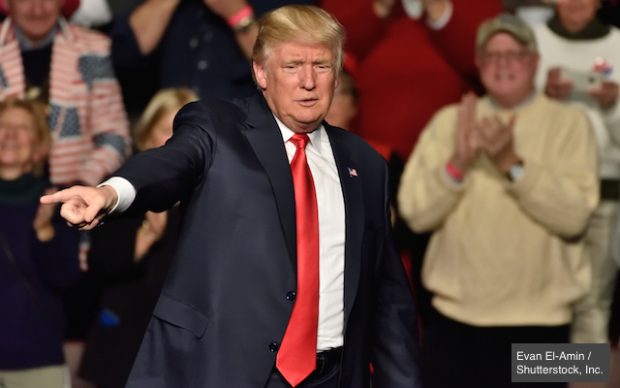 Donald Trump addressed a jubilant group of supporters today, telling them that climate change in America will be better than anywhere else in the world.

“You’ve never seen water like this,” he said, extending his arms to signify the size of the waves that will crash down over coastal towns and cities.

To chants of ‘Melt the ice! Melt the ice!’, Mr Trump said it was time to put America’s environmental disasters first. “The water that is going to submerge US cities is going to be so great. Better than any submerged city you’ve ever seen. Believe me”.

The President said Americans should get used to swimming. “I know how to swim. I love swimming. We’re going to start swimming again. You’ll swim so much you’ll get sick of swimming”.