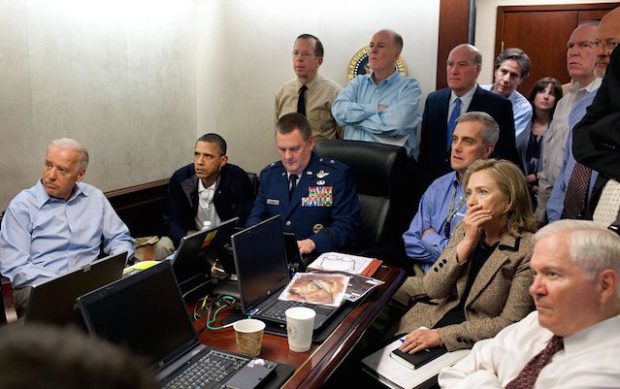 The White House’s intelligence and national security facility has been converted into a comfortable place for Donald Trump to tweet, it has emerged.

TV monitors, telephones and secure video facilities have been stripped out of the high-tech ‘War Room’ and replaced with a single gold chair and an iPhone charger.

A White House spokesman said the new facility would allow the President to make decisions quickly and pass on military orders more efficiently.

“When you’re under imminent attack, the last thing you need are screens and phones and intelligence getting in the way. This new set-up means President Trump will be able to quickly tweet out orders and then later sum up the situation”.

It is the first major renovation to the Situation Room since 2007.