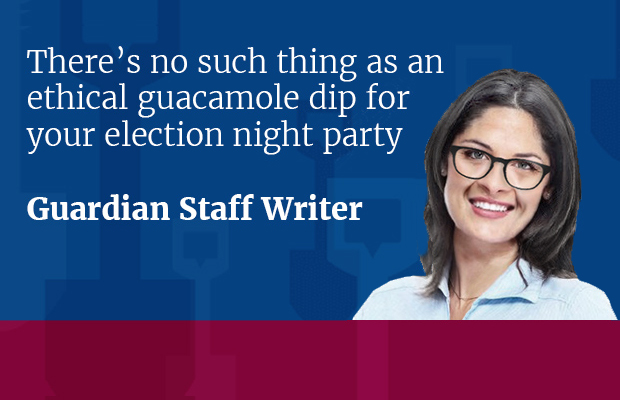 I was the first person in my family to buy an avocado or go to university. So I understand, first-hand, the complicated ethical-political dilemma facing Australians when they consider whether or not to make a Mexican-inspired accoutrement for their election-night guests.

Putting aside the highly gendered symbolism of a woman making anything at all, one is left with the simple fact that we have – or should have – moved beyond the need to mix avocado, onion and lemon into an unnecessary, albeit tasty, chunky dip.

For starters, how can you be sure where your avocado came from? And even if you do know, what if your taste for chilli – which is increasingly being added to guacamole these days – is having an unintended effect on the native animal populations of northern Asia. We just don’t know.

Of course, in an election year guacamole becomes even more problematic. As Donald Trump incites fear about Mexicans ‘flooding’ across the border into the United States, is your pseudo-Mexican dish adding to the angst that these desperate people must be feeling? Or is it a statement of solidarity? If dipping a corn chip into guacamole can make us focus our attention on the plight of asylum seekers, maybe it’s worth the extra food miles.

I’m not convinced. As is so often the case with popular commoditised dips, while the benefits are clear, the true costs are impossible to measure. Best to be on the safe side and not throw an election party at all.