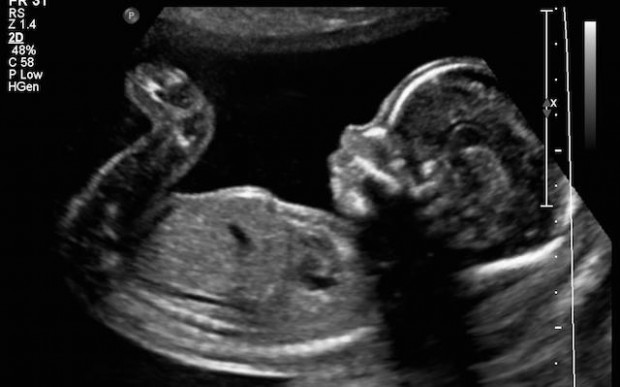 A growing number of parents are digitally altering the ultrasound images of their unborn children, airbrushing out imperfections before posting on social media, it has emerged.

Posting an ultrasound on Facebook has become a common way for expecting parents to announce the news of their pregnancy to their friends. It was only a matter of time, experts say, before parents began to make alterations in search of the ‘perfect fetus picture’.

New York mother-to-be Sandra Brownsworth, who Photoshopped her ultrasound before posting it on Facebook, said it was about feeling good about your pregnancy. “My ultrasound pic was fine, but the nose did look a little big. I just felt uncomfortable about sharing that. So I trimmed it [the nose] back a little, and smoothed out some of the imperfections on the forehead. I got a great response,” she said.

Angela Polkinghorn, also of New York, admitted she had made some changes to her ultrasound. “Let’s be honest here, you’re going to get more likes if it’s a well proportioned fetus than if it has a big bulging head, or arms and legs flaying about everywhere. But it’s really up to the tastes of the individual, and how they want to present themselves and their babies”.

Social researcher Katherine Williams said the trend was disturbing. “We’ve become so obsessed with presenting this perfect image of our lives on social media. What next? Photoshopping our food?” she said.

But British mother Katie Bansfield-White said the outcry was an overreaction. “It’s no big deal. In my mind it’s no different from using makeup, or applying a filter to a selfie before posting it on Instagram. It’s quite empowering”.

Men are increasingly part of the trend too. Californian man Hamish Corio said he used online imaging tool Pixlr to make some changes to his wife’s ultrasound. “We knew it was a boy. I wanted to make sure that my buddies knew it was a boy too,” he said.