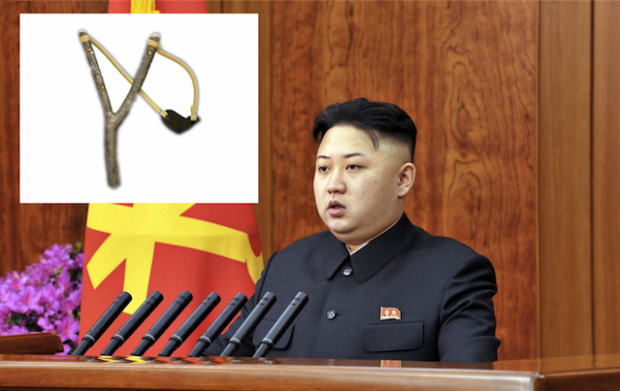 In a televised announcement, Supreme Leader Kim Jong-un warned the world that, once developed, the device would be capable of sending bombs to the moon. Although some experts say he may have meant South Korea.

Two-thirds of the nation’s trees will be used in the manufacture of the sling’s supports, which will be in the shape of Kim himself.

It is expected that around 50% of North Korea’s population will work on developing the weapon launcher. One worker said today, “I am blessed that the Great Leader has chosen me. Make fruits cascade down and their sweet aroma fill the air on the sea of apple trees at the foot of Chol Pass!”

To test the slingshot, political opponents will be launched into neighbouring galaxies (or suburbs).