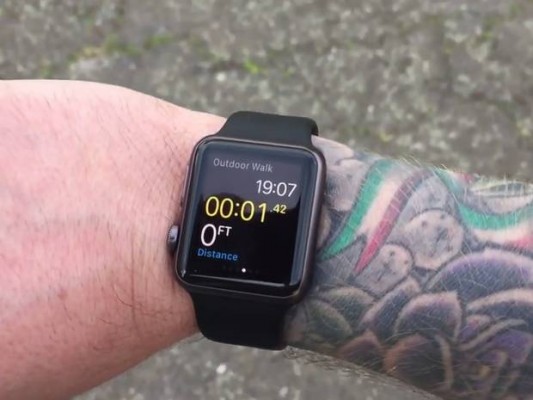 Early adopters of Apple’s new watch have found that the device only works for those who have a tattoo on their face declaring their absolute commitment to buy new consumer goods.

Tech lover Ben Sharbrook, who was one of the first to buy the new watch, said he was having trouble receiving incoming notifications and text messages. “I was about to give up and send it back to Apple. But then a friend suggested I get the tattoo done, and it’s worked fine since then”.

Another Apple fan, Rebecca Leong, had a similar experience. “I’ve always had the tattoo, so it worked fine for me. But my sister – who doesn’t have a tattoo across her forehead demonstrating her unquestioning devotion to new gadgets – she was having all sorts of problems with the watch”.

Apple has released a statement saying they will issue a fix with the next software update. “This was an unfortunate oversight. We’ll make sure the watch works also for customers who have ‘I Love Apple’ tattooed on their face as well”.