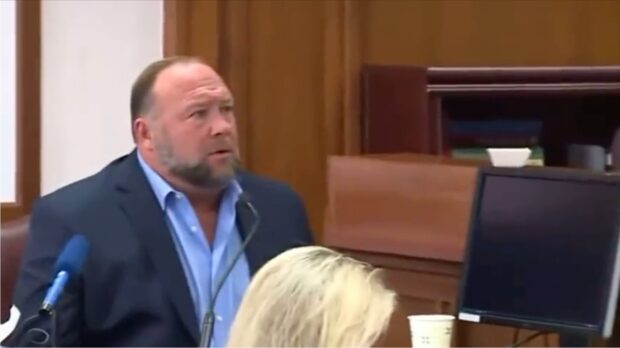 Conspiracy theorist Alex Jones has claimed that the footage of complete carnage that supposedly took place in a Texas courtroom was a false flag, and says the scene was actually carried out by crisis actors.

“That’s not real. No way. There’s absolutely no chance that someone would accidentally send their entire text message history to the opposing legal team. That’s not plausible,” he said.

“I mean, just think of the implications that would have, having every single confidential text message in the hands of the lawyers prosecuting you. It’s simply not believable that someone would be that stupid”.

Footage of the hearing appears to show Jones absolutely dying on the stand as he realises he’s entire case has fallen apart. But he says it’s all a hoax. “That’s not me. It doesn’t even look like me. Ok, it looks a bit like me. But that’s how good these actors are. Do your own research”.