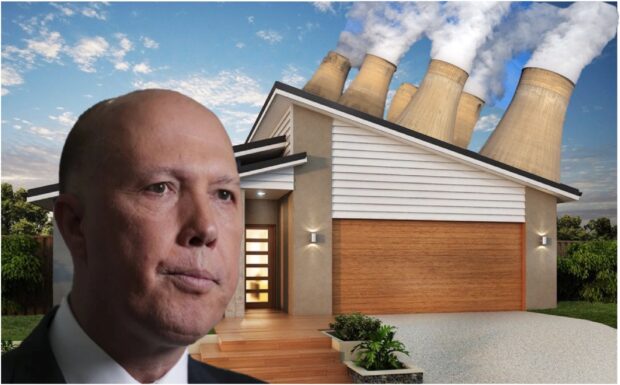 Opposition leader Peter Dutton says it is high time Australia had an honest and informed debate about the benefits of supplying the nation’s energy needs through rooftop nuclear fission technology.

“There are a lot of silly ideas floating around about solar and wind and such. But I think it’s time we put an end to the games and started talking about the more obvious solution of splitting atoms on suburban rooftops,” Dutton said.

The Liberal leader said the nuclear option was infinitely more reliable. “You’re not reliant on the sun shining. You’re not reliant on it being windy. All you need is a nuclear moderator, a reactor coolant, some control rods, a containment system, a steel pressure vessel and a few hundred kilos of enriched uranium and you’re away. It’s that simple. And yet we have literally millions of potential nuclear reactor sites just sitting there, going unused. It’s madness”.

Under the Coalition’s plan, households would receive subsidies for installing nuclear reactors, which Dutton says would boost the economy. “Think of the thousands of jobs created in the local nuclear reactor installation industry,” he said.

Households would be given a new ‘grey’ bin for kerbside nuclear waste collection.