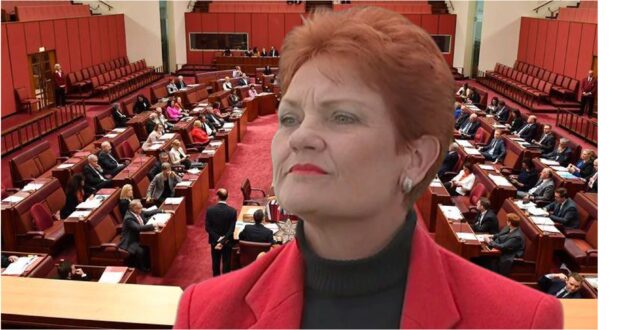 A little toddler ran out of Parliament House crying this morning, after she was unable to sit through a full Senate session with the adults.

It is believed her parents may have brought her to the session to show her what the grown-ups do all day.

Screaming, “It’s too hard!” and “I don’t like it”, the little girl said she just wanted some attention for once. “N n n … no one is giving me any aten atten attention,” she stammered.

Some say the tantrum was understandable. “It can be hard for the little ones to grasp these bigger concepts that are being discussed sometimes. She’s only been doing this for twenty five years, so it may feel big and scary,” one Parliament House staffer said.

The girl said Parliament House was boring anyway and she was off to play on a sacred Indigenous site for a national television network.