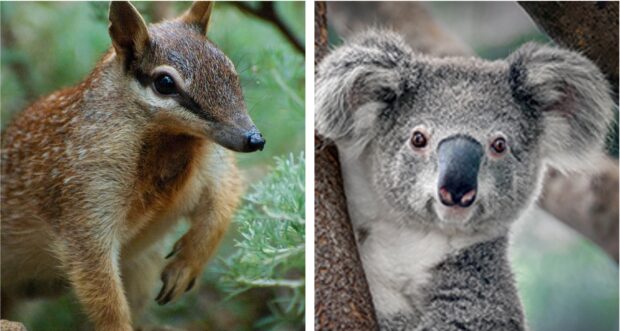 A free market think tank has led the call for Australia’s endangered animals to stop blaming others for their circumstances and instead take charge of their own wellbeing.

Todd Markson from the Institute of Public Affairs said it was time for Australia’s fauna to get off its backside and start contributing to Australia’s economy.

“Lying around all day eating grass is lovely, but it’s a lifestyle choice. It’s not exactly contributing to GDP is it? I’m hearing a lot of complaints about neighbourhoods not being what they once were, I’m hearing a lot of whinging about a so-called habitat crisis. But what I’m not hearing is much talk about animals getting off their tails and doing something about it,” he said.

“We’d all love to sit in a tree munching on leaves. But someone has to pay for those leaves, and invariably it’s the hardworking, taxpaying public that has to foot the bill. I can’t remember the last time I saw a koala actually come forward with a solution, let alone put its paw up to do some hard work. A little less complaining, a little more accountability is what we’re asking for”.

He said millions of ordinary Australians didn’t complain when they found themselves without a home. “Life’s tough. I was forced to buy my first house with nothing but $50 and a six-figure inheritance from my parents, but you didn’t hear me complain about it. What we have now is a lot of animals taking the nation’s hardworking citizens for a ride, expecting free housing and food without contributing their fair share”.

Property industry spokesperson Andrew Wintera agreed, saying it was about mutual responsibility. “It’s a two-way street. Actually it’s a six-lane highway we’ve got in mind for this particular piece of bushland. So if you live there, it’s up to you to be actively looking for somewhere else to live”.