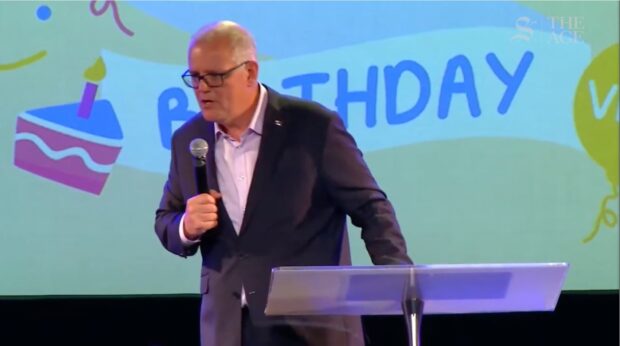 A 54 year-old Sydney man appeared to be confused and disorientated as he leapt on stage at an event in Perth, saying he was filled with the Holy Spirit and was once the leader of a nation in the Oceania region. Authorities became concerned when the man then claimed he didn’t believe in governments.

“I led the government. No-one trusts governments!” he shouted, clearly confused. Crowd members watched on as the man then pretended to be a priest for two hours.

Authorities say there is no evidence, or record of achievement, to suggest the man ever was Prime Minister. They believe the man maybe a member of a cult, although some say the correct terminology is ‘The Liberal Party’.