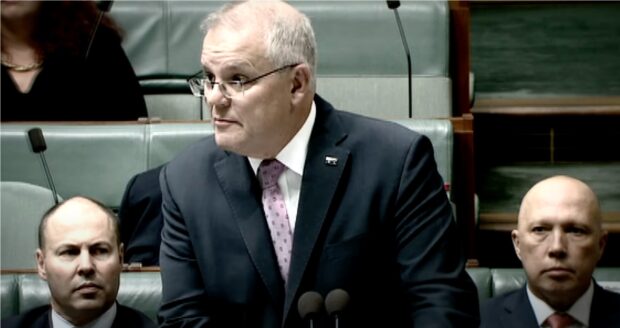 Following the announcement that Julia Gillard will be taking her famous misogyny speech to the stage, Scott Morrison has followed suit, confirming he’ll perform his celebrated “not far from here such (women’s) marches are being met with bullets” speech to live audiences in Sydney and Melbourne.

The shows will coincide with the 18-month anniversary of the landmark 2021 speech in which he won over the nation’s women by reminding them that he hadn’t had them murdered.

Theatregoer Sasha McWilliams says it will be a delight to see the two famous speeches brought to life on stage. “There’s such a wonderful contrast in the two speeches. One is uplifting, powerful and inspiring – a call for greater respect. The other is about killing women. What a treat”.