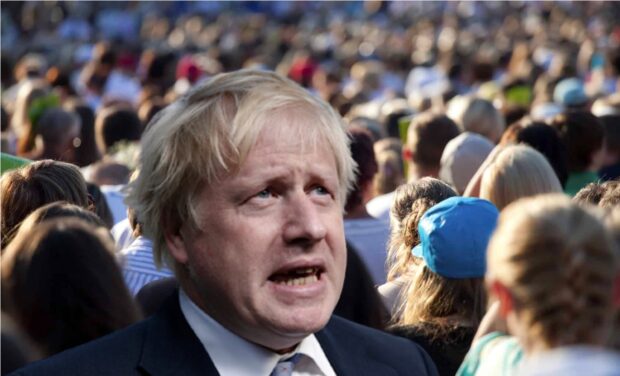 British Party Liaison Boris Johnson has confirmed that he will be stepping down from his position, saying he was looking forward to finally being able to spend some quality time working out just how many women he has impregnated, and how many of those have given birth to his children.

In a speech today, Johnson thanked the millions of Britons who might be his children, as of 2022.  “Thank you for being part of what may be the biggest Conservative majority since 1987. I’m immensely proud of the achievements of the House of Commons under my leadership.” It is understood the ‘House of Commons’ is the nickname he has given to his testicles.

Johnson has agreed to stay on as caretaker party liaison, despite not being actively discouraged from doing so, until a new liaison can be found. People are scrambling to look under couches, behind the fridge, and in the No. 10 bins to find a replacement of suitable prowess so the former liaison can get on with the important work of not getting his public stink on the rest of the party.

The process of determining exactly who Johnson’s children are is expected to be a lengthy process as there are no clear frontrunners and few are willing to step up and openly confess to being in the position.