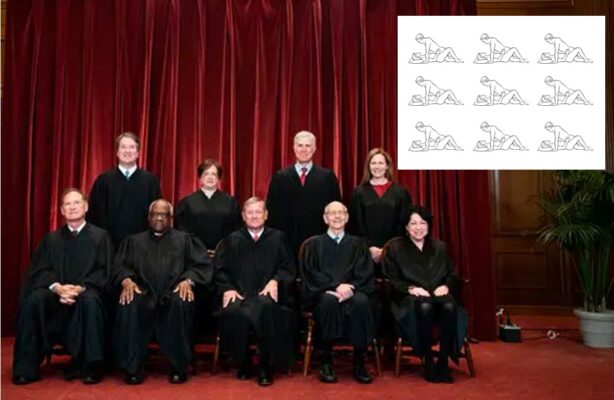 In a much-anticipated announcement, America’s highest court has released the list of sexual positions permissible by law, providing further clarity for millions of citizens about what to do with their own bodies.

The nine different choices are all variations of the missionary position, which was believed to be Jesus’s favourite.

The court stipulated that alternative positions may be considered, but only with written approval of the husband and a majority ruling of the court. “In the rare case that an alternative is allowed, Justice Clarence Thomas will be present to view the intercourse, to ensure a contravention has not occurred,” a court spokesperson said.

If a couple is found engaging in unapproved positions, the wife will be sentenced to life in prison and the husband will be allocated another wife. Unmarried or same-sex couples will be executed.

Republicans welcomed the decision, saying it was another way that they were getting government out of the lives of citizens.