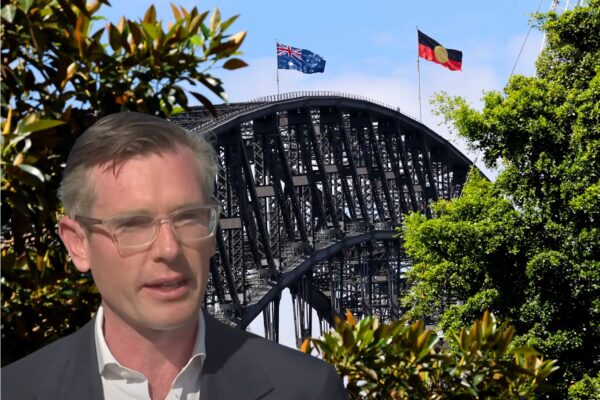 NSW Premier Dominic Perrottet says he doesn’t know why it will cost $25 million to install the Aboriginal flag on top of the Sydney Harbour Bridge but is confident John Barilaro Flags Pty Ltd will do a good job.

“We conducted an extensive global search for the best company to install the flag on the bridge; we received a lot of proposals, and for some reason this one stood out,” Perrottet explained.

He said they wanted to be sure it was well connected. “That’s important when you’re installing a large flag on the top of a windy bridge; you don’t want the thing to fall down”.

The Australian company has recently announced it will be moving to New York.