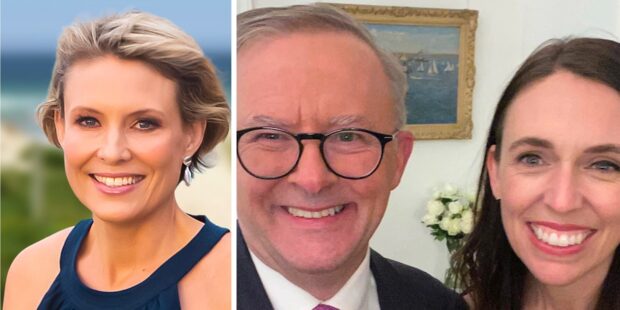 Former Liberal candidate and future Sky News host Katherine Deves says she is outraged that Anthony Albanese has chosen to meet with trans-Tasman counterpart Jacinda Ardern, arguing that trans issues should not be promoted by the federal Government.

“The cost of living is skyrocketing, gas prices are going up and yet the new PM wants to talk about gender reassignment. How woke can you get?” a furious Deves tweeted.

“This meeting might seem like a joke to them, but it’s single-handedly ruined women’s sport in this country,” she continued, before making an offhanded comparison to the Holocaust.

An outraged Deves insisted that if Albanese and Ardern both identify as trans they must still use separate bathrooms.

“I know that Jacinda Arden has larger balls than most world leaders but that doesn’t give her the right to piss standing up in front of boys. Somebody really needs to think about the children.”

When asked for his views, Scott Morrison rushed off to his correctly gendered bathroom shouting, “won’t be a moment, I’m about to shit my pants.”