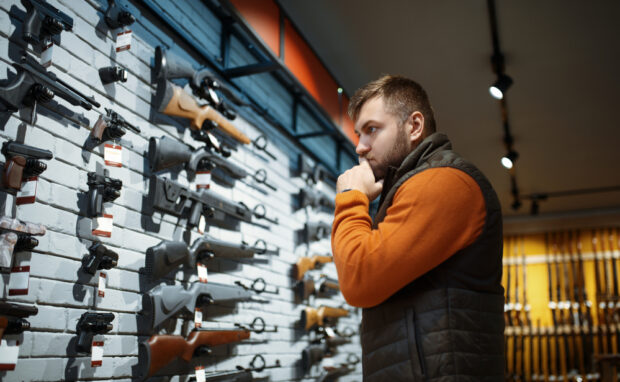 There are fears America is turning into a nanny state after President Biden announced sweeping changes to gun laws that will require residents to close their eyes and count to ten before taking ownership of semi-automatic weapons.

An outraged Republican Party said it would do whatever it could to overturn the changes. “It seems Biden is desperately trying to link guns to shootings in some elaborate way. That’s a very, very long bow, my friend. A very long bow,” a Republican spokesperson said today.

Many ordinary Americans say the new laws are unnecessarily strict and impinge on their second amendment rights. “These changes are ridiculous, overly oppressive, and quite frankly, downright scary. What next – he’ll want us to fill out a fucking form before we’re allowed to own an assault rifle? The Government is coming for you people. Mark my words,” Brad McManus from Florida said, adding that America’s forefathers would never have counted to ten before taking ownership of semi-automatic weaponry.

Another man said he had a right to be able to get guns instantly. “If I go into a gun shop to buy a gun, I expect to walk out with a gun. And as soon as my credit card application is approved, that’s exactly what I’ll be doing,” he said.

Biden made some last-minute concessions – prospective gun owners will be able to count to ten as quickly as they like. But the President said he wouldn’t be bullied by gun lobbyists.

A version of this article was originally published in 2016.