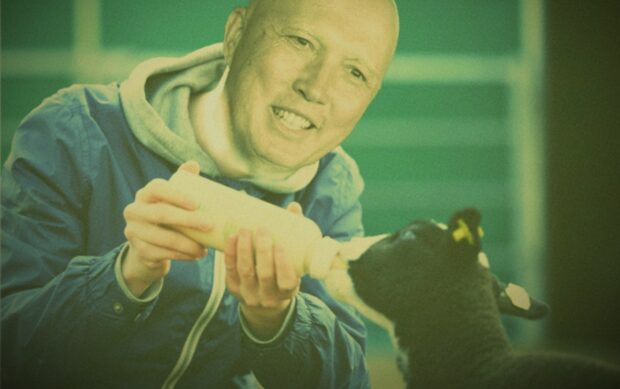 Keen to once again show off his newfound softer side, Opposition Leader Peter Dutton has been snapped tenderly feeding a bottle of milk to a newborn baby lamb, while outlining his strategy to ruthlessly exploit the basest instincts of Australians.

“There are African gangs roaming the streets of Melbourne. Yes there are! Yes there are!” Cuddly Pete cooed, while stroking the little lamb’s head. “People too scared to even go out at night! Did you know that?

“What’s that little lamb? Oh, that’s just ‘he said/she said my little furry friend. Nothing for you to worry about”.

Lovingly adjusting the bottle so the lamb could continue drinking, Dutton reminded the lamb that the extremist climate views of Australian school teachers was fracturing the nation and that the national curriculum needed to be overhauled. “But that’s just one of the issues isn’t it? There’s a boat of asylum seekers on its way, probably from a country where people look different. That’s not very good is it? And don’t forget a war with China imminent. Yes it is. Prepare for war!”