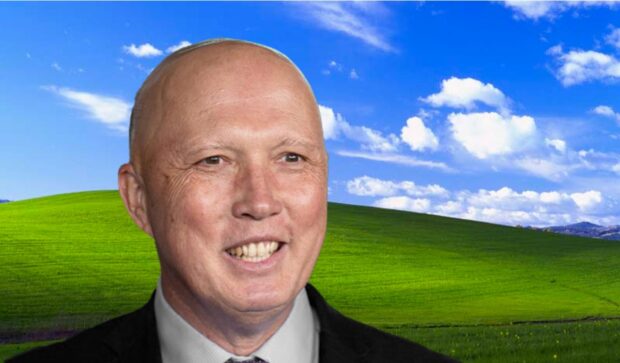 Announcing that it was time for the electorate to see his softer side, new Opposition Leader Peter Dutton says he will continue to relentlessly deride minority groups, but in a more cuddly way.

“Having only been in Parliament for 21 years, Australians haven’t had the chance to see the real me yet,” Cuddly Pete said today. “But I want to show voters that when it comes to insulting asylum seekers, Indigenous Australians, rape victims, African-Australians and others, I can do it with real fondness”.

He gave specific examples of what Australians could expect to see from the new Liberal leader. “From now on, when I bring into question the account of a woman who says she has been raped, I’ll do it with a smile. When I call refugees ‘illiterate’ and ‘innumerate’, or accuse them of having ‘anchor babies’, I’ll use warm, inclusive language so that no-one feels left out. When I sue a refugee advocate and ask him to pay me tens of thousands of dollars for a six-word tweet, I’ll be sure to use the word ‘please’. And when I falsely claim that African gangs are running rampant through Melbourne, I’ll do it in an affectionate way”.

Those within the Liberal Party said Australians were yet to see the real Peter Dutton. “Voters tend to only get to see the side of Pete that locks up children, enflames racial tensions, sues refugee activists, calls female journalists ‘witches’, jokes about people suffering from climate change or walks out on historical speeches to Indigenous Australians. But deep down he’s just a big softy”.