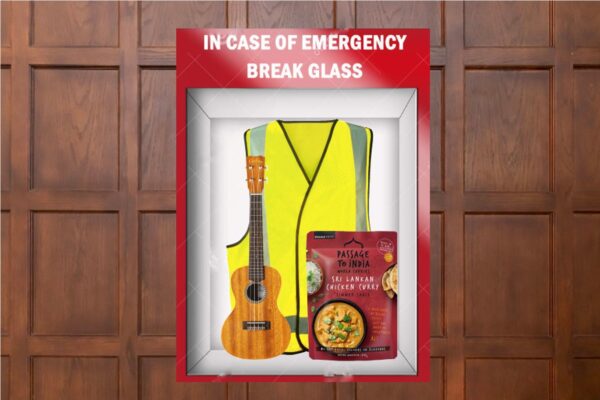 Saying he wanted to start with a clean slate, new PM Anthony Albanese has asked for dozens of emergency cabinets containing hi-vis clothing, ukuleles and DIY curry kits to be removed from the walls of the Lodge.

Workers at the building were surprised to open a curry kit to find a piece of paper with the phone number of a personal chef and film crew. “When we shook one of the ukuleles upside-down two First Class tickets to Hawaii hidden fell out,” one worker said.

Albanese said he also noticed that one of the hi-vis vests had a number of self affirmations written on the lapels, including “You’re a big, strong bulldozer” and “You didn’t shit your pants at McDonald’s Engadine in front of a dozen teenagers at 7:22pm on the 20th of September 1997 after the Cronulla Shark lost the Super League Grand Final to the Brisbane Broncos 26-8 and had to call Jenny to bring you a new set of pants and underwear and shirt because the shirt you were wearing was tucked all the way in and got a little poo on it too while standing on a cubicle toilet so no one knew you were in there”.

Albo plans to have the cases restocked with his own emergency items, including an electric bill from 1968 addressed to his mum at the Alexander Dwellings in Camperdown, and a Wikipedia printout of Australian Unemployment Rates: 1980-2022.