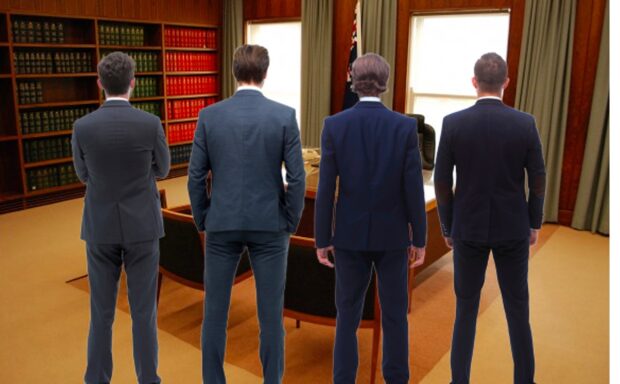 Removing their trousers in the nation’s house of democracy for one last time, the men paused briefly to take in the significance of the moment, before earnestly rubbing one out.

“Ah! I’m going to miss this place,” one staffer said as he ejaculated over his boss’s desk.

“There’s just not enough respect for conservative values in this country any more,” another added, using a nearby flag to clear up the mess.

Another pointed out that woke PC culture meant they wouldn’t be able to do this at their new six-figure corporate jobs. “Apparently it ‘doesn’t fit with Macquarie Bank’s values’. You can’t do anything anymore,” he said, spraying over a chair.

Despite the group leaving Parliament House for the final time, sources have confirmed there will still be plenty of wankers left in the building.