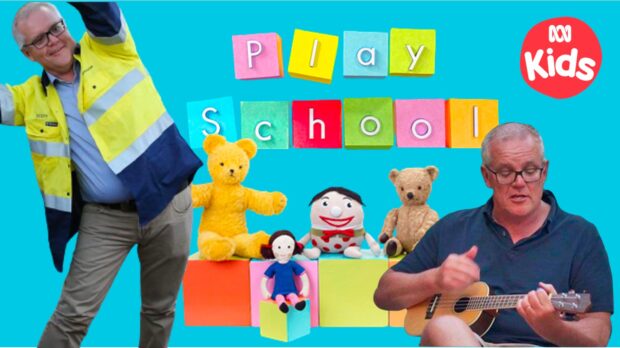 The long-running Australian make-believe show will not continue into 2023, it has emerged.

The popular program, which includes dress-ups, imaginary story time and adults pretending to do a variety of different jobs, was too expensive to maintain, sources say.

“Each season was getting more expensive than the last,” one insider explained. “We were spending millions of dollars on props and marketing, and it just wasn’t sustainable. We spent $90 billion on submarines just for the promotion of one episode – it was fun while it lasted”.

He said there had been attempts to reduce costs over the years. “One of the things we did to cut spending was to get the audience to use their imaginations. So instead of building car parks, or buying enough vaccines, we just pretended to, and for the most part the audience went along with it. But it wasn’t enough”.

He said they also tried many different techniques to keep audiences entertained. “We introduced a fairytale segment called ‘Hillsong’. We taught our audience about not believing in scary monsters with our ‘Climate Change is Not Real’ section. We even gave the show’s favourite clown a bigger role. But eventually people got sick of Barnaby”.

The presenters will now be given new make-believe roles in government agencies and investment banks.