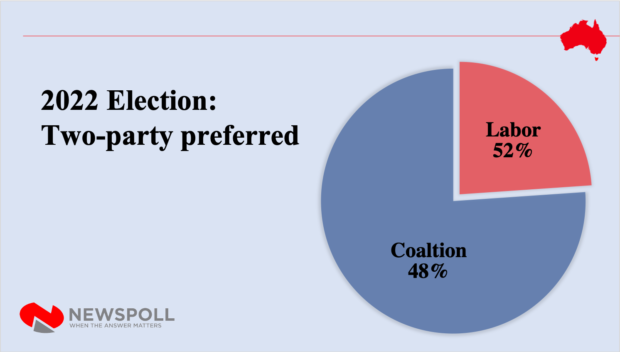 The Coalition has won a clear victory in the 2022 Australian election, a pie chart from The Australian newspaper shows.

Editor-at-large Paul Kelly said that when you changed the proportions on a pie chart and ignored the basic principles of mathematics, Scott Morrison’s government had been resoundingly returned.

“If we take a step back, ignore all of the woke commentary from the Twitterati and do some sober analysis, it’s plain to see that the Coalition has the much larger chunk on our pie chart,” Kelly said.

“A lot of people get so caught up in the numbers, but this is a Coalition victory – clear as day.

“What our charts also show is that Morrison has extended his lead as preferred Prime Minister,” he said as Anthony Albanese took to the stage to declare victory.