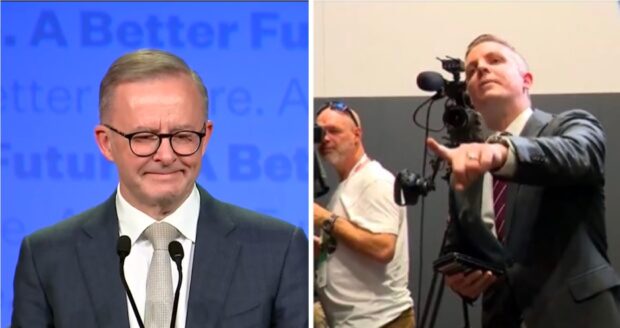 A journalist has interrupted Anthony Albanese’s acceptance speech to check whether he knows the names of the Australians who contributed to Labor’s victory.

As a ruffled Albanese lost composure, the journalist shouted, “You can’t name them, can you Mr Albanese? You say you are grateful to everyone who voted Labor, but yet you don’t even know their names. Are you genuine?”

Albanese began to explain that the party had received a lot of votes, before being interrupted by a second journalist. “Can people take you seriously as Prime Minister if you don’t know the basic details of how you won the Prime Ministership? What about in your own electorate of Grayndler, can you name the voters there? You can’t even name the voters there can you Mr Albanese?”

At the time of publication another journalist was asking Albanese if he could explain the plot of Tenet.