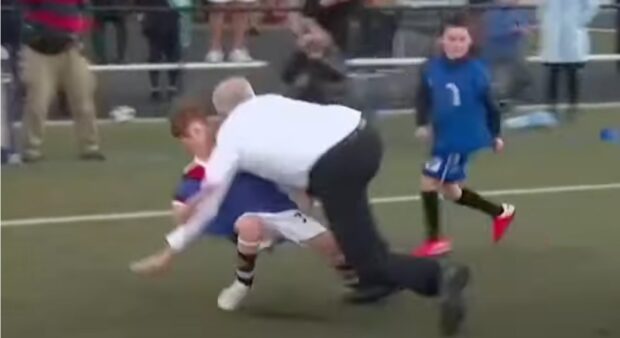 The Prime Minister says his clash with an under 8’s soccer player in Tasmania yesterday is entirely the boy’s fault and has called for him to apologise.

“He was clearly offside – he lacks even the most basic skills. He needs to ask himself why, with such little experience, he was on the pitch in the first place. It’s not my job to be aware of every single seven-year-old on a soccer field during an important photo opportunity,” he said.

Morrison said the boy should count himself lucky that it wasn’t worse. “Not far from here, right now, such children are being met with bullets”.

Asked whether he should have done more to avoid the boy, Mr Morrison said he didn’t accept the premise of the question. “I’m sorry, but it’s not up to me to provide an explanation for the collision – you’ll have to ask him that. That’s a matter for the boy and the Devonport City Soccer Club. But I will say that he could’ve caused me a serious injury three days out from an election. Not to mention reputational damage. Peter Dutton has suggested I sue the boy for defamation and I am currently considering my legal options”.

Meanwhile, in a front-page expose The Australian newspaper today revealed that the boy has a history of skipping school and stealing lunches.