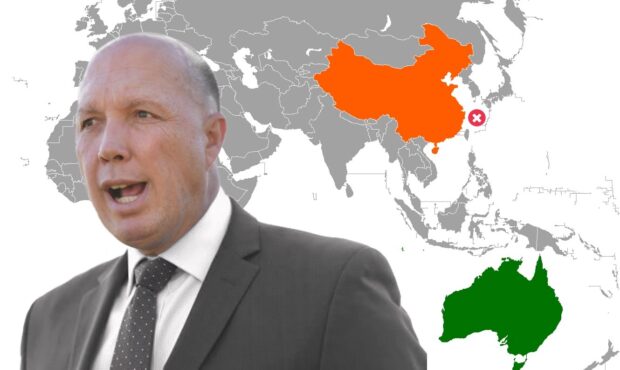 With just days to go before the federal election, Defence Minister Peter Dutton has warned of an increased threat level to Australia, telling voters that Chinese military forces have been spotted sailing just 6,000km to the north of Australian borders.

“They’re basically in Sydney Harbour. Prepare for war,” Dutton said in a radio interview today. “For the PRC to have its military personnel just 3,249 nautical miles off our coast is an unprecedented aggression against Australia. If the media would like an even smaller, scarier sounding number, that distance is just 1,079 leagues!”

The Chinese troops spotted to the north are part of a military exercise that most Australians have called “minding their own business in their own country”. But Dutton has insisted it is an escalation and has put the nation on a war footing.

He says the surveillance ship is “practically hugging our coastline”, confirming why Dutton is the way he is, having presumably never received a hug from his Dad unless it was from at least 250km away in international waters.

The Chinese troops are expected to remain just .00005 astronomical units away from Australia. When asked why the surveillance boat was off the coast of Australia, Chinese authorities simply claimed they were “searching for Peter Dutton’s eyebrows”.