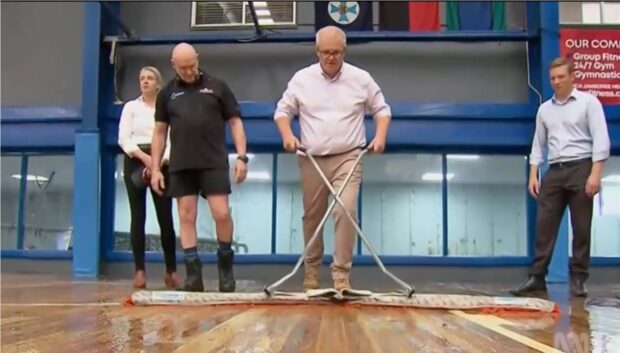 The PM has rejected calls for a 5.1% increase to minimum wages, arguing that getting half a mil for pushing a mop around a basketball court for three minutes is already a pretty good deal.

“Some people are getting paid a hell of a lot of money to perform basic tasks. I know a hairdresser who’s on six figures, and he’s just the junior washing hair. God knows what the actual cut and colour people are getting,” Morrison said.

“There was another guy I knew who worked part time as a water boy for a rugby league team and he was on over $500k. And I know a welder who’s on six figures and he hasn’t even done basic training. So this idea that unskilled workers need a pay hike is probably a bit silly. I think they’re doing ok”.