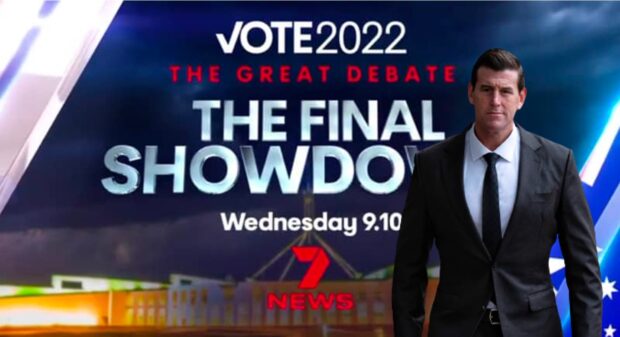 Saying they didn’t want the final leaders’ debate to deteriorate into a circus, Channel 7 has confirmed that tonight’s face-off between Scott Morrison and Anthony Albanese will be compered by former soldier and Channel 7 executive Ben Roberts-Smith.

Following criticism of last week’s Channel Nine debate, Seven executives said they wanted to present an orderly, respectable show and believed Roberts-Smith was the man for the job.

“Of all the people I know who have posed for a photograph with the prosthetic leg of a dead man, Ben has the best screen presence,” said Channel 7 boss Kerry Stokes, who provides financial support for Roberts-Smith.

Under the format for the debate, which will be based on the ex-soldier’s defamation trial, Roberts-Smith will ask each leader a question and then they will inadvertently reveal the details of an alleged war crime he was involved with. “Or he might ask them a question about the technology sector and then casually mention that he regularly sets his laptops on fire to remove evidence,” a spokesperson said.

Prime Minister Scott Morrison said he welcomed the format, noting it would be good to have the focus on someone else’s crimes for once.

Roberts-Smith was contacted for comment but did not answer any of his phones.