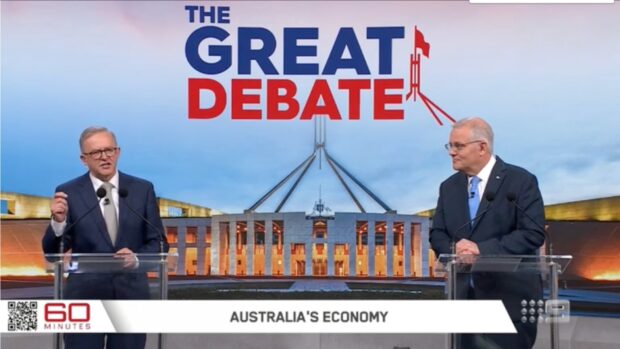 The Nine Network has responded to a barrage of criticism about the second leader’s debate last night, admitting that including Scott Morrison and Anthony Albanese in the format made the debate difficult to watch.

“It was an unnecessary gimmick that distracted viewers from our promos and QR codes. It was difficult for viewers to glean anything about the major parties’ policies,” a statement from the network read.

A spokesperson agreed that there was too much going on during the broadcast. “We tried to pack a lot into the format, and maybe we were a little too ambitious in our approach. We’ve since had a look back at the tapes and it’s clear to us that by removing Scott Morrison and Anthony Albanese the whole thing would’ve been a lot more palatable”.

Political analyst Emma Richelle agreed the format was unwatchable. “There was shouting, interrupting, a lack of decorum – and that was just from the panellists”.

The third and final debate will be hosted by Channel 7, moderated by the judges from The Voice.