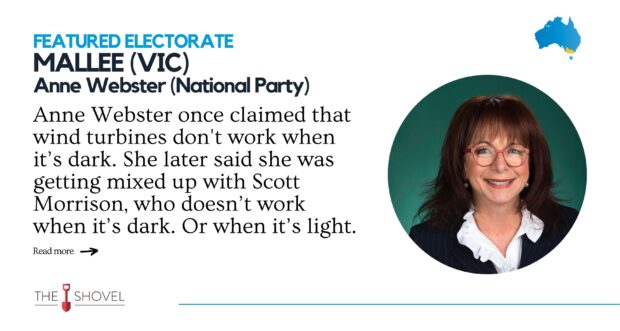 Mallee was previously held by Andrew Broad, a Nationals MP who was a committed Christian, campaigned on traditional family values and was forced to resign following revelations he had used a ‘sugar baby’ website to meet younger woman during work trips, despite being married at the time. So just a run-of-the-mill Nationals MP really.

It was later revealed Broad had sent a text message to a young woman which read, “I pull you close, run my strong hands down your back, softly kiss your neck and whisper G’day mate.” Australians were given an extra day of sick leave to help cope with the mental imagery.